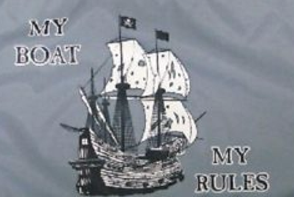 Call them “rules,” “parameters,” or “expectations,” the fact remains that relationships have them.

Therefore, it should come as no surprise that a genuine relationship with God would include certain parameters, expectations or rules. Yet a major objection some people have about religion in general and Catholicism specifically is “all those rules” being imposed upon them. This is short-sighted.

Imagine a man who cheats on his wife. When she complains about his infidelity, he could respond, “Don’t impose your rules on me! I’ll make up my own morality!” This relativism may justify his actions in his own mind, but is it good for the relationship? Of course not.

Catholicism is not simply a list of rules to follow for being a “good person.” Atheists can be “good people.” Catholicism is not about climbing our way up to God by following some arbitrary, man-made rules. Catholicism has “rules” because it is ultimately about a relationship. It is a relationship where God comes down to us and helps us discover how to authentically reconnect with him and with each other.